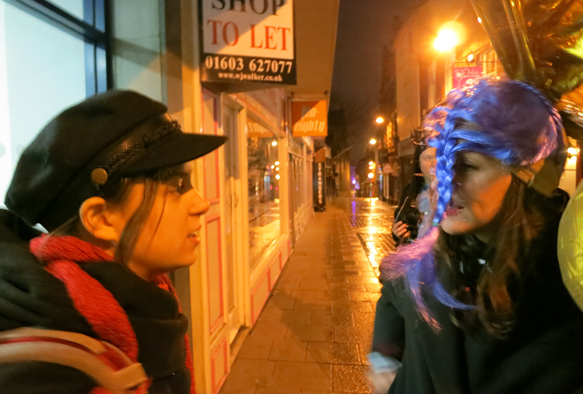 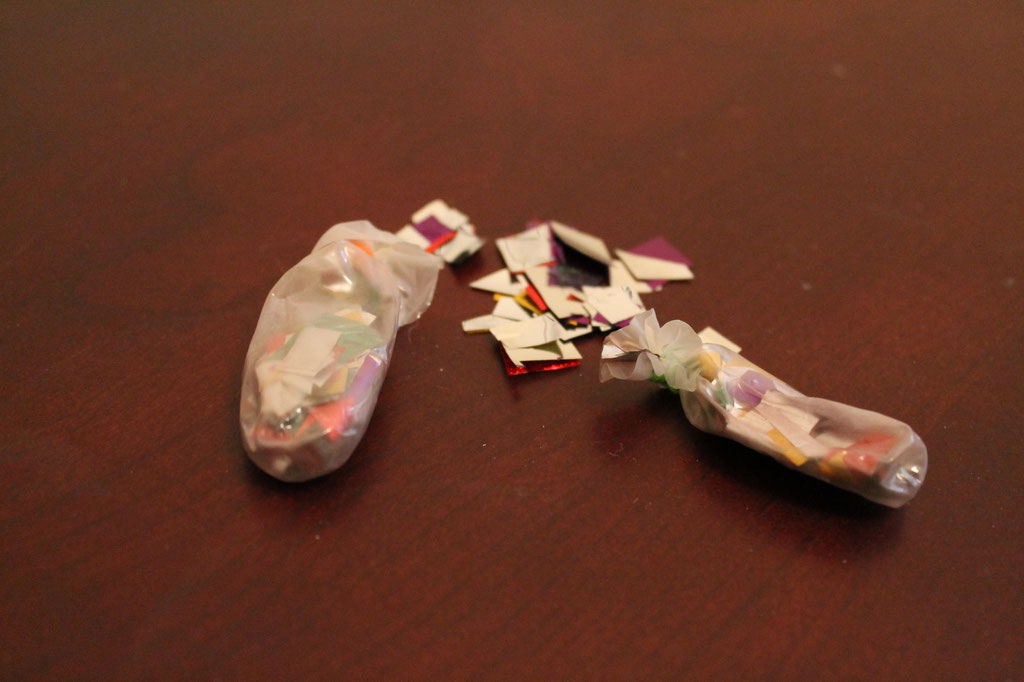 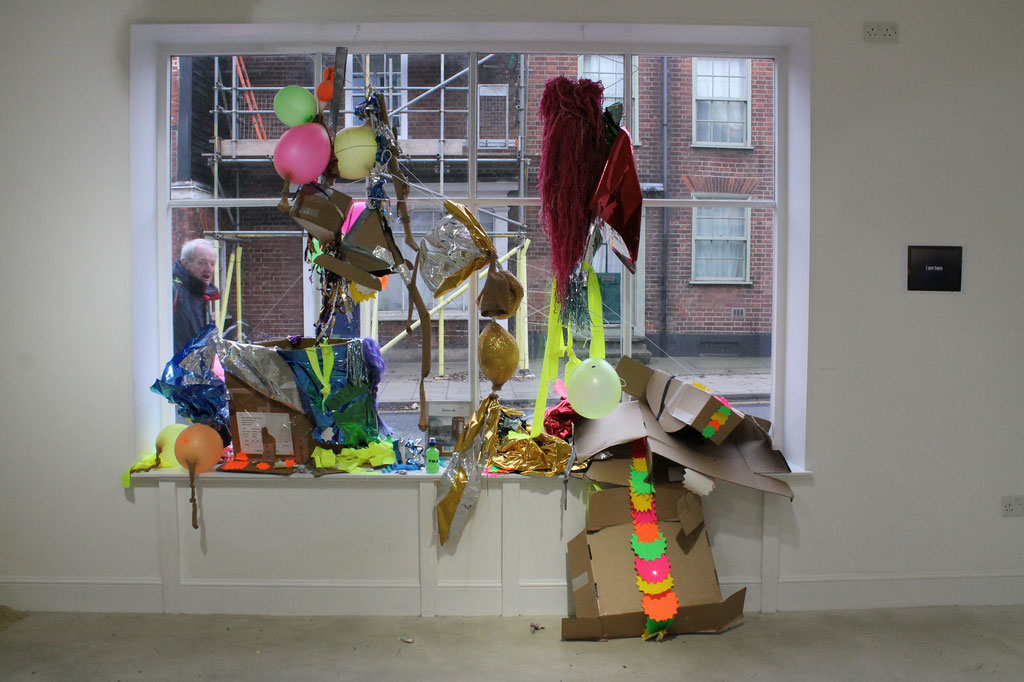 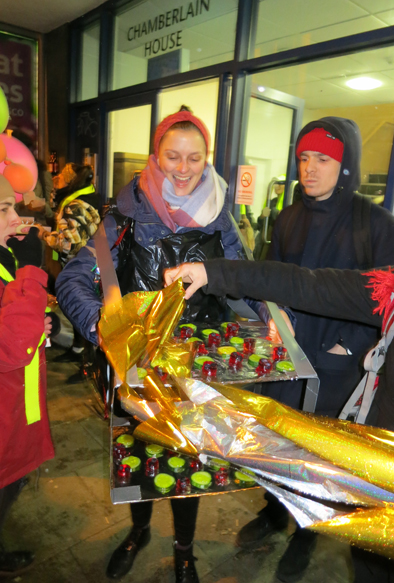 On a Thursday night, we were opening a show that took place in 4 locations in Norwich, Great Britain. Location 1&2 were within 30 minutes walking distance to location 3&4. After the opening in location 1&2, we were waiting to welcome the audience with costumes and colourful surprises.

There is this tradition of Carnival, in the middle of February, in Germany. People used to celebrate it either to exorcise winter or to take the chance to point out their opinion about the political situation. In olden days, the middle and lower class citizens could pretend they were the queen or king or pope, during carnival. The forthcoming weeks of lent were and still are the excuse to get carried away with celebrating. Misusage of alcohol, candy and meat is quite usual during this time. This Christian tradition of giving up certain foods and other luxury goods come with the aim to replicate Jesus Christ's 40 days journey into the dessert. On Easter Sunday, the day of Jesus' resurrection, three days after he was crucified, the lent is over. However, fasting is not taken very seriously by most of people who are celebrating carnival. Nowadays, it is more about dressing up and getting drunk.

As our opening is on Thursday night, we decide to focus on the 'good old tradition'. This night, everybody is celebrating “Weiberfasching” the first proper party night of the carnival week. In Germany, the ladies are allowed to cut off men’s ties and you get to see loads of people wearing weird costumes. In Norwich, we prepare a variety of costumes in the entrance of dove street studios. Guests and artists help themselves to anything they like. There are wigs, cardboard costumes and glittery somethings. Best of all are the party capsules which are very handy. You take them with you in your pocket and whenever you feel like party, you open it. Since it is part of celebrating openings as well as carnivals, we'd like to offer alcohol. But apparently, it is not allowed to drink in public. The solution is rather easy: no one said it's not allowed to eat alcohol in public!

We offer jelly nibbles. People get to choose between raspberry jelly made with beer and blueberry stuffing or lime jelly made with gin served on a slice of cucumber. The jellies are served on a walking bar which is my costume. I'm wearing a two-story tray which is tied around my body with straps.

Outside it is showery and windy. Perfect weather for a walk. Actually, we are quite lucky with the weather! It’s just typical for carnival. Walking down the street, whenever I manage to open my eyes I see people in costumes. They almost run because it’s so unpleasant but they look beautiful. Between the rain drops I see confetti. In the dark, it looks like it was raining glitter. At some point, I have to take off the bar and bin it. It’s a shame but it is just not possible to carry it any longer because the wind blows the jelly all over me.

When we arrive, people put their wet costumes into the Gallery window. After a few minutes, the windows are fogged and the floor is covered with glitter.

a happening in collaboration with Hyun Ju Do